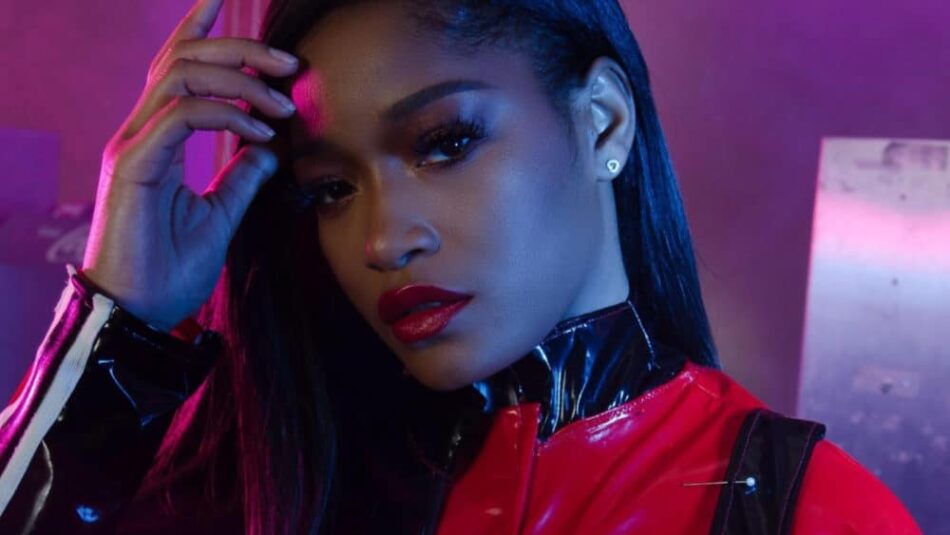 Straight off her historic turn as the first Black woman to host the VMAs, Keke Palmer is in her prime. It’s an understatement to call the 27-year-old a triple threat; she does everything from acting, singing, and performing to hosting. Not to mention she has a knockout presence on social media, using her platform to speak out on racial injustice, supporting Black women, and making fans laugh with her hilarious commentary. One of her latest endeavors is allowing her to kick back with fans and do something she deserves—have a drink. Keke is partnering with Jose Cuervo in hosting their series finale Who’s Making Margs on Discord, Thursday, September 3rd at 7:00 PM EST/ 4:00 PM PST. Jose Cuervo is giving a few lucky fans the chance to call-in and get to know Keke over margaritas on Discord.

EBONY got the chance to talk to Keke about all
things margaritas, fashion, hosting the VMAs solo, and her new music project,
“Virgo Tendencies!”

EBONY: How have you been staying
centered during these last few months?

Keke: I’ve been staying in constant
contact with loved ones even though I can’t always see them, it’s extremely
important. That’s helped me a lot, as well as being creative.

EBONY: Speaking of being creative,
talk to us about your new album, Virgo
Tendencies; what was the point of inspiration?

Keke: Quarantine was what pushed the
inspiration for this album. It was serving as an escape for me and just a place
where I could explore where I wanted to be or what I wanted to do once we all
got past this. So, most of my quarantine was dedicated to me going to this
exciting free space that was very different from the confused reality I was
living through but what I needed at that time, something fun.

EBONY: Hosting the VMAs was
probably a welcomed distraction from everything going on. What was it like
hosting and moreover being the first Black woman to do so?

Keke: I was excited to host and
my favorite part was performing Snack! (A song off of her newly released album).
The most surprising part was that we actually pulled it off. The world has
changed so much, so the fact that we pulled it off and while under such strict
guidelines, I’m happy about that.

EBONY: What was your favorite
VMA’s look?

Keke: My favorite look was my
performance outfit. I felt so fab, [laughter] like very rawr.

Keke: I’m a tequila girl and always tryna be the margarita queen. I try to
be creative but  Cuervo Sparkling Frozen
Margarita is my go-to, I claim it as my own. Don’t tell anyone.

EBONY: “Who’s Making Margs” is a
great way to connect with fans, how do you stay connected with your fans in
general?

Keke: I believe my relationship with my
fans is constantly growing. I love Instagram because it has everything. There’s
not too much they don’t know about me. Most importantly they know that I’m not
perfect, I’m human.