T.I. Shows His Wife Tiny Some Love In Sweet Instagram Post—“Fine As Frog Hair I Say” 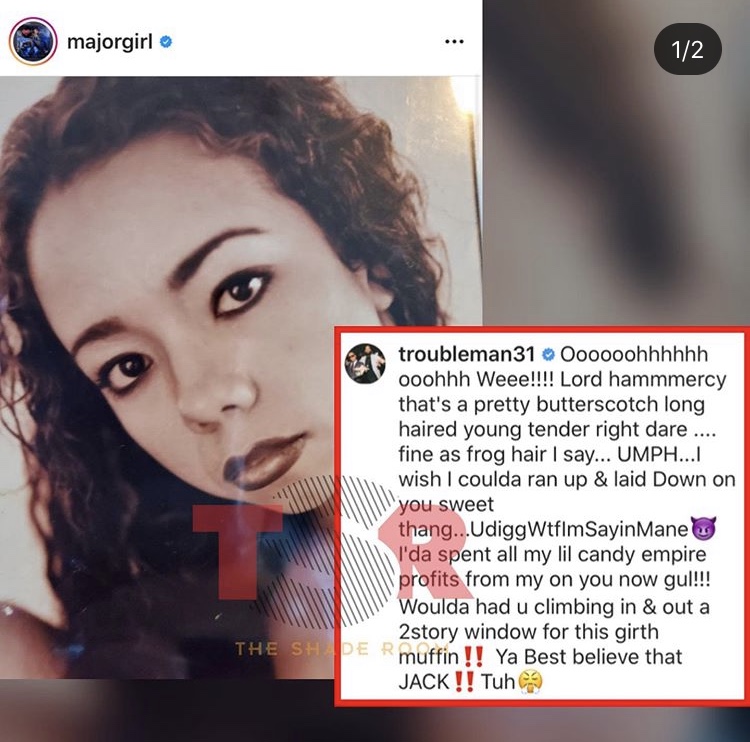 Roommates, T.I. was obviously in a very romantic mood recently thanks to a throwback photo of his wife Tiny Harris. Underneath an old photo of Tiny, T.I. posted a lengthy caption showing her some major love and appreciation.

Following Tiny Harris posting an old school headshot, T.I. commented underneath it and let everyone know that he is very happy with his wife.

“Ooooooohhhhh ooohhhWee!!!! Lawd hammercy that’s a pretty butterscotch long haired young tender right dare…fine as frog hair I say…UMPH…I wish I coulda ran up & laid Down on you sweet thang…UDigWTFImSayinMane I’d spent all my lil candy empire profits from my on you now gul!!! Woulda had u climbing in & out a 2story window for this girth muffin!! Ya Best Believe that JACK!! Tuh”

“Sir wth did u just say!? I can not wit u…But I coulda taught u some thangs…u was no where near ready for it tho”

Meanwhile, T.I. recently shut down Busta Rhymes’ request for the two to go head-to-head in a Verzuz battle and decided to take on Jeezy instead.

The post T.I. Shows His Wife Tiny Some Love In Sweet Instagram Post—“Fine As Frog Hair I Say” appeared first on The Shade Room.