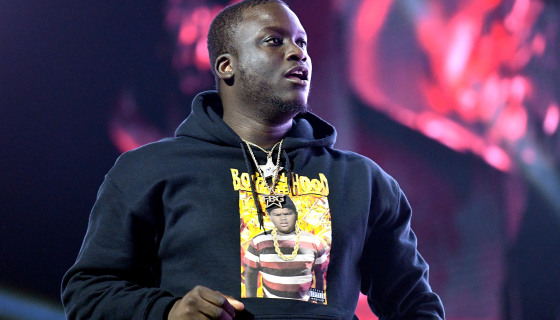 Zoey Dollaz is in stable condition after being shot multiple times leaving a party in Miami Beach.

Being a rapper is one of the most dangerous jobs in America. If you’ve been alive long enough, you’ve seen the danger that comes with the profession and how many rappers we’ve lost to violence. Most artists travel with more than one security guard just to protect themselves and have extra eyes on their surroundings.

Recently, we lost Dallas rapper Mo3, then Boosie was shot in the same city, and Benny The Butcher was also shot in the same state. Now, according to NBC Miami, Zoey Dollaz is the latest to be targeted in this unfortunate streak of violence.

Florida Highway Patrol officials said the shooting happened just after midnight when a black Mercedes sedan, which the manager said was being driven by the rapper, entered westbound I-195 from Alton Road.

Authorities said a silver SUV pulled alongside the Mercedes and someone fired multiple gunshots, hitting the rapper in the leg several times. A female passenger in the car wasn’t injured, authorities said. The Mercedes turned back to Miami Beach and the victims flagged down an officer on 41st Street, officials said.

Luckily, Zoey is going to pull through and we wish him a speedy recovery.